The Mykelings are sentient fungi. They dwell in caves and underground to avoid being killed and eaten. Unfortunately, the undergrounds are inhabited by many other species and so this last refuge has become a battleground – in a war for their survival.

This species was introduced as the second faction for Creatures: Underground, following the Gnomes. The simple 5-model taster Kickstarter had a great reception and so plans were made to do a follow-up.

Promising double the fun, 10 new humanoids were sculpted as the main offering in Mykelings 2. 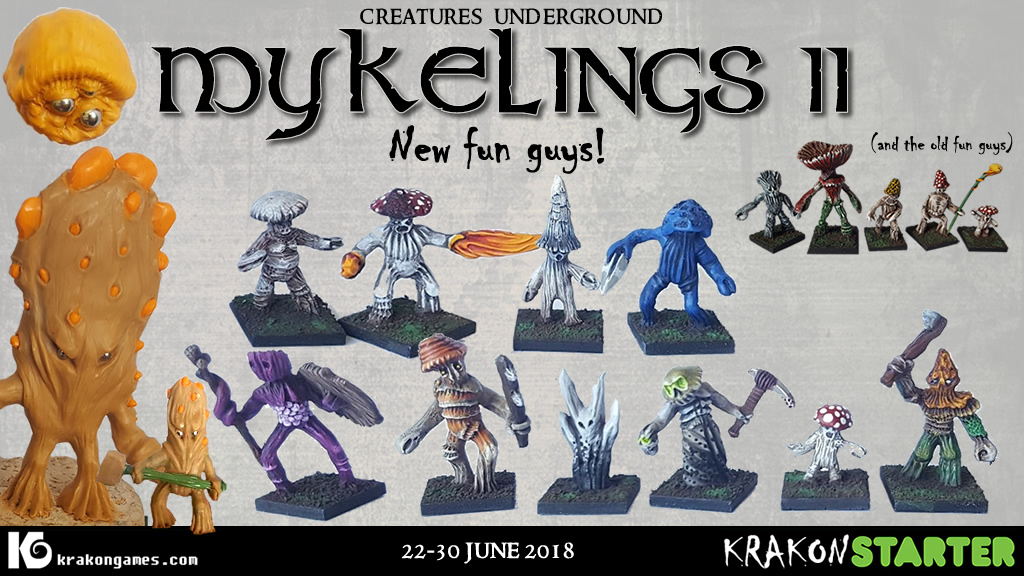 The range now stands at 18 Mykelings (plus friends), with Mykelings promised to follow later. 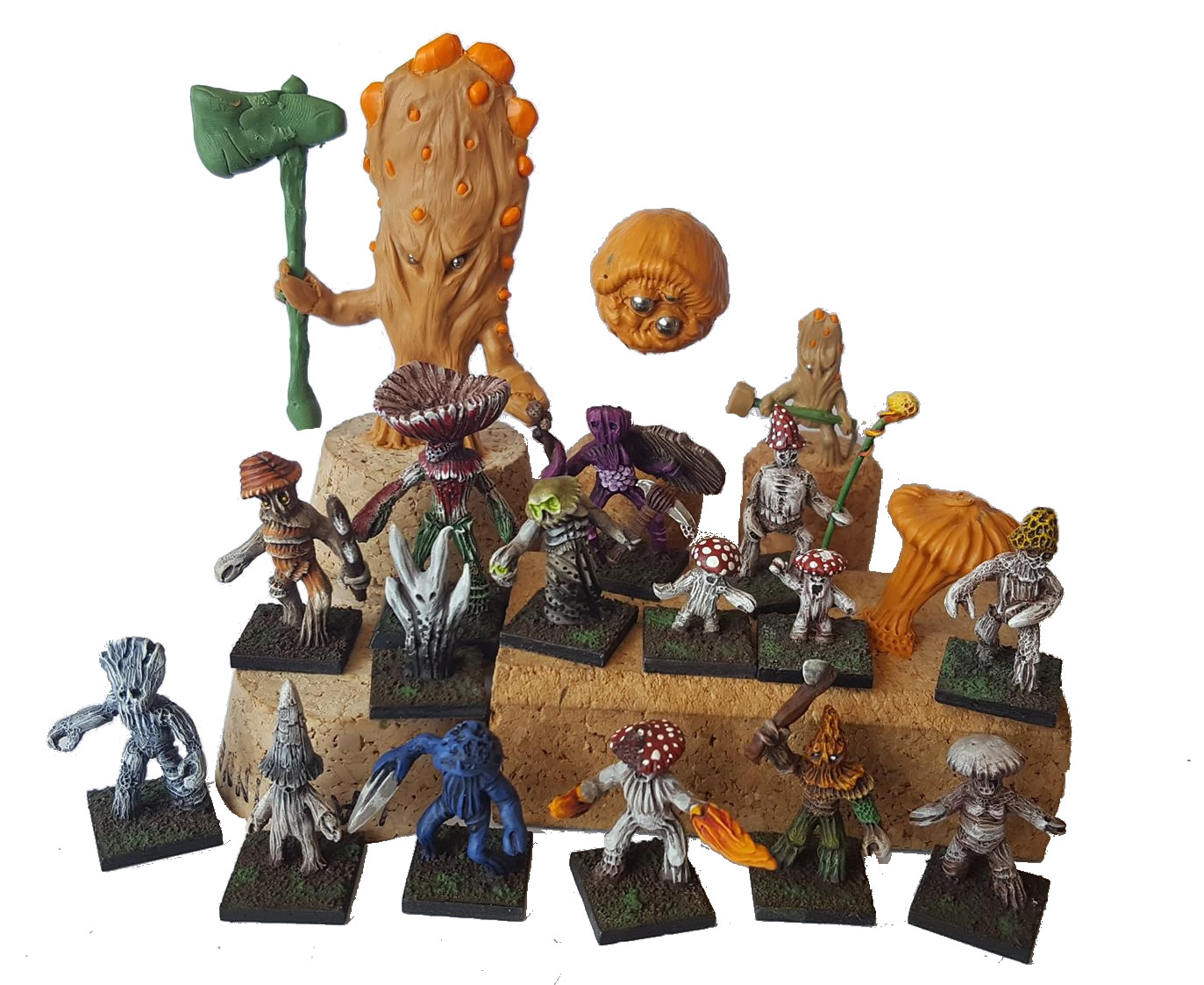