The Fomorian raiders are brute warriors who form parties to attack coastal villages along the shores of Ériu. Indech was notorious for his raids on settlements and his reputation drew the largest of the Fomor to his banner.

This miniature is cast in resin and is supplied un-assembled without a base. The head and tail are separate pieces.

Bomilear was sculpted by Ross Whitehorn.

Be the first to review “Fomorian Raider – Bomilear” Cancel reply 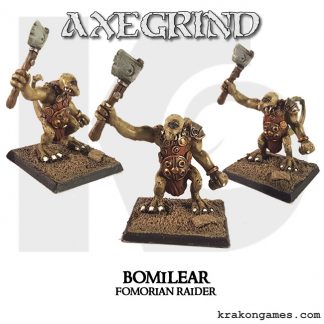