Tuan Mac Cairill is a shapeshifter. Throughout history, he was reborn as various creatures, be it boar, salmon or wolf. The Faoladh form was a transitional state when he lived alongside the Partholóin, though notably absent during the full moon.

This model is supplied in resin, un-assembled and without a base.

Tuan – Faoladh was sculpted by Allan Carrasco and Ross Whitehorn.

The painted examples of Tuan – Faoladh are by Neil Hubbard.

Be the first to review “Tuan – Faoladh form” Cancel reply 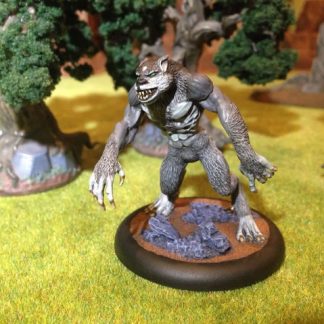